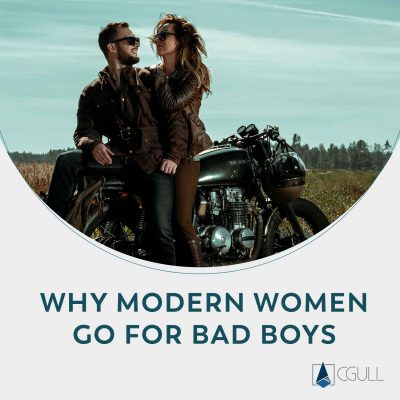 Who wants to be a ‘bad boy’? You should be… when it comes to dating today! Because that is what women dig big time. Sounds intriguing? Read on.

Definite trends show that ‘bad boys’ appeal to the ladies more than the ‘good boys’. For this, you need to understand what is meant by ‘bad’ and ‘good’ in this context, and also how to be one to score more at dates.

In your formative years, you were probably taught that being a ‘good boy’ pointed towards earning more, owning more, having a big family, and finally being a role model to your kids. And then you entered the dating world. You realized that now, the most important people in your life at this point, your potential mates, are not looking for this ‘good boy’ but a ‘bad’ one.

Confused? Let us clear the confusion.

Unlike the past, modern women can do everything a man can do in society, like provide for themselves, earn the same, head a company, and even run a country! It has also been observed that women tend to actually do better at these things!

So they understand that a man having Christian Values is needed. But a man with Pagan Values too is desired too. The ‘bad boy’ is the guy who possesses a healthy diet of Pagan Values and is not afraid to show it.

A ‘bad boy’ is rare. Most guys out there try to impress women by laying stress on Christian Values, to the extent of sometimes overdoing or faking them. Their trying to manipulate the impression of who they are actually makes it worse. Such guys will be chivalrous and pay the restaurants bills, holding the door open, driving her home only when it comes to the first few dates. He will not continue to do so once the relationship is in full swing. Making it very apparent to his partner that those acts had just been put on to make an impression. Or she will react by telling others that “he has changed”. Others will tell her the truth. He hasn’t. This is the real him. And she will be forewarned for future dates.

One example, a true incident, where this was revealed to the girl in a hard way, was when, after impressing her with all the right things to do when he asked her for physical intimacy, she refused; and was promptly shown the door in the middle of the night. In this case, he had courted her with all of the Christian virtues, but when he got comfortable he proved he possessed none of the Pagan Virtues such as Truth, Honor, Hospitality, or Discipline. Elements that are needed when taking care of a woman.

Unlike Christian Values, Pagan values are harder to fake, and if ingrained in a person, they will show as habits that have to come out in every situation. Women will see this and know whether you are a Lover or a Provider.

We are not saying one is better than the other. We are saying that you can be both, so she gets what she needs as well as what she desires. Being a ‘good boy’ is no longer sufficient. Being a ‘bad boy’ is what will attract her to you in the first place.

We can argue that women are the ones who choose the traits men should be groomed in.

An extract from the book ‘The Myth of Male Power’ by Warren Farrell is this part where he talks about how, down the ages, women have drastically changed the way men think of themselves as suitable mates:

“HOW LONG DOES IT TAKE MALE VIOLENCE TO CHANGE?

How long does it take a firmly embedded male killer mentality to change? The Vikings (the head-through-groin choppers) are considered as ruthless as any. But after the Vikings conquered England, the English women found the men who killed with axes attractive; soon wedding bells were ringing. Within two generations, instead of razing villages, they were raising children; instead of destroying the property of foreigners, they were planting on their own property. Within two generations, the Vikings had turned swords into plowshares.

More recently, Japan has taken less than two generations to turn swords into stock shares. The males are still performers, but not via violence. Why not? Both cultures reinterpreted what it would take to survive – and the males adapted accordingly. What is consistent among men is not violence but men’s willingness to protect. When they can protect by killing enemies, they kill enemies; when men can protect by making a killing on Wall Street, they do that. Men’s underlying motivator is neither swords nor plowshares. it’s adapting to love and adapting to approval.”

We can also see in the modern era where women are socially equal to men, Providers are really not necessary to them. Men flaunting or priding wealth, power, career and success is no longer appealing to her. She can be her own Provider by her own rights. So today, women look for different traits in a man. A man who she enjoys the company of, and can trust will stand unwaveringly beside her through their life together.

So, do not judge the ladies for prioritizing ‘bad boys’. She is justified in doing so. Learn instead to proudly accept your Pagan Virtues as a part of who you are.

If you need help in the process, get in touch.