Why PickUp Lines do not matter 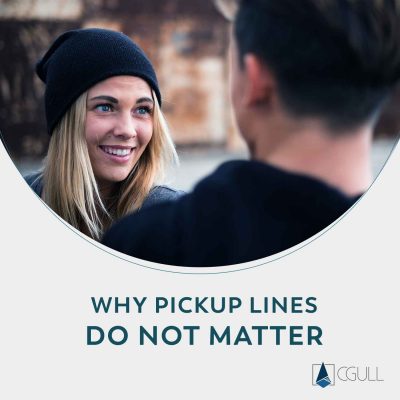 This has been debated over and over again by many. And we get all kinds of responses from that. But one type of answer that has always echoed from the professionals from all over the world is - it doesn’t matter what you say.

The age old question, “What are good pick up lines to use?”, or “What should I say when I first meet a girl?”. This has been debated over and over again by many. And we get all kinds of responses from that. But one type of answer that has always echoed from the professionals from all over the world is – it doesn’t matter what you say.

Which begs the question, why not?

In this article we have decided to debunk the use of pick up lines and really go in-depth to what the ‘professionals’ mean when they say “any line would work”.

The first sort of answer would be a phrase that we had heard time and time again. And the phrase is that “ only 7% of meaning is communicated through spoken words”. This was discovered by Albert Mehrabian, a Professor Emeritus of Psychology at the University of California, Los Angeles. He was the person who pioneered the idea of the 7–38–55 rule. Whereby the equation of ‘liking somebody’ is as follows: 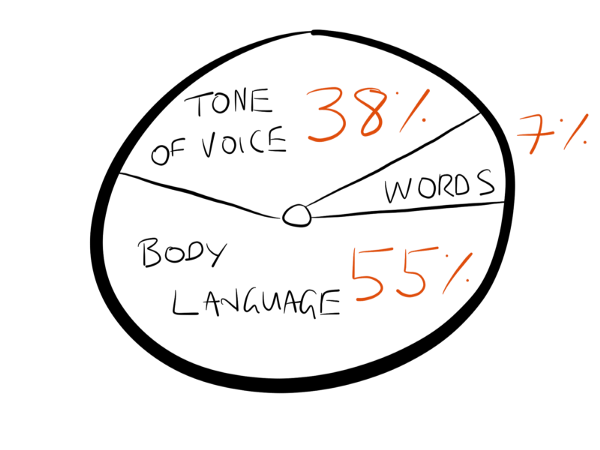 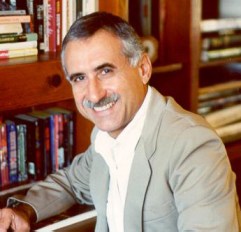 The point Albert Mehrabian was trying to make was that the meaning of a message is conveyed mainly by non-verbal cues, not by the meaning of words. The following example should help illustrate incongruence in verbal and non-verbal communication.

Verbal: “I do not have a problem with you!”
Non-verbal: person avoids eye-contact, looks anxious, etc.

Which goes to say that though a person is saying one thing, the body and facial expression is clearly describing something else. We can also argue that maybe some guys have their non-verbal communication sorted out to a point whereby they can say anything and make it work! Since words are only 7%.

The “7%-38%-55% rule” has been widely misinterpreted globally as well, which resulted in a lot of confusion, hypocrisy and misinterpretation. But despite it all, we can all agree that non-verbal patterns of communication are vital in expressing intent. It might not be as significant as 93% in our communication, but the concept is on the right track, and it leads us to the next point.

Humans are pack animals, which means in every encounter we are trying to judge where we stand in a pecking order amongst other people. This is especially important to keep in mind especially when we know that a woman would generally not go for a guy who is lower than her in the social hierarchy. And the issue is that a woman is generally better at sizing up a person really quickly in their first encounter (with things such as facial shape, vocal inflection, attractiveness, and general emotional state). In her subconscious mind, she is already instantly sorting out where the man stands in the pecking order even before he opens his mouth to speak. For more information on status, you can read more about it in our article – The Importance Of Status.

Have you encountered a situation whereby a woman is talking to you very enthusiastically over text, and when you met her in real life the enthusiasm has diminished dramatically? There are many reasons why this could happen, and one of them could be because the communication styles over text that the guy has presented paints a person of high social status (since words are 7%), but when she has met the rest of the non-verbal communication, everything fell flat.

Therefore for the man, the way his first impression has to convey strong social status to the woman. The words he uses are not only secondary, it is almost a non-factor.

Now think of a time when you have heard a person whom you do not like tell a joke. Though, admittedly the joke can be funny, you did not laugh at his joke. But when a friend of yours tells the same joke, you give him recognition and laugh. Is the joke the key factor of what is laugh-worthy? Or is the status of the joke-maker more important?

For more information on laughter and the science behind it, you can read more from our article – Why She Likes Funny Guys.

Studies have also shown that people of higher status make more jokes than people of lower status. Which is in conjunction with the idea that women like funny guys and laugh at their jokes. And the root is that the person already has high status (or higher status than her), which she subconsciously already determined and therefore signaled her acceptance of him.

“Three of the six times I’ve participated in the show, the male volunteer wound up touching the woman in order to get her attention—that is, putting his hand on her arm, her back, or her shoulder.

Brian always surveys the women in the audience for reactions, and the feedback on the touching is always the same. One-third of the women hate the touching and consider it harassment. One-third don’t mind it. And one-third say they’d want the guy to touch them only if they thought the guy was cute.

I mentioned this to my twenty-eight-year-old personal trainer, Victoria, after one of the shows. Her reaction: “Oh, I totally like it if I’m at a party and a hot guy puts his arm around me. But if he’s gross looking? No way!”

Needless to say, this begs the question of how guys are supposed to know whether or not they’re touch-worthy. It also offers insight into why today’s single men may be less assertive than prior generations of men. If dating behavior that was once considered routine may now be taken as inappropriate, it’s just not realistic to expect today’s men to suddenly channel their inner John Waynes.”

- Make Your Move: The New Science of Dating and Why Women Are in Charge by Jon Birger

The image basically helps illustrate the point that Jon birger is trying to make. 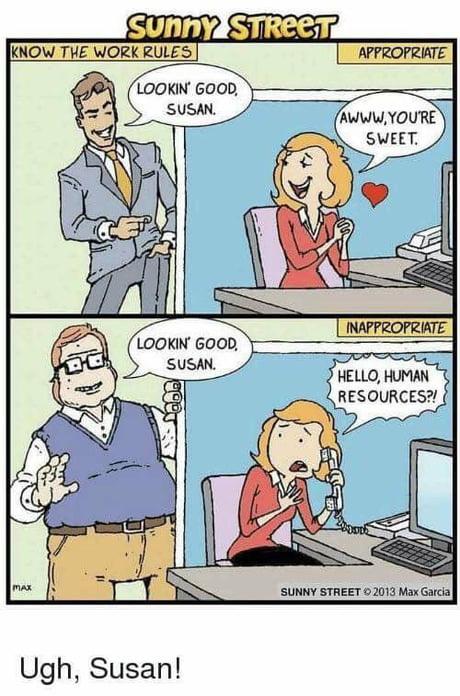 It really does not matter what you say if your status (internal status) is already in check. Because your physique would radiate and translate that to the people around you. Think about the words used by 007 or James Bond in any of the Bond movies, does he use ‘pick up’ lines? Or is he ‘being himself’? Then think about Johnny Depp in the Pirates of the Caribbean movies (I am not talking about their personalities in real life, but rather their personas on television). They both have very different styles of presenting themselves and their status, but they both work incredibly well when it comes to dealing with others. Think about the way they talk, the speed that they use their words, the pace they walk and their pauses in conversation.

A good example of this would be in this video whereby Chris Hemsworth (Thor) crashes an Australian live TV weather report.

The way he interacts with the reporter is charming and laid back. He is being himself and having fun while doing it. And see how his status plays well regardless of what he is saying. Of course we might not have the body or fame of Chris Hemsworth, but not every woman is lucky to be with Chris Hemsworth either. But we can train to build up our status and internal frame of mind when interacting with others.

So don’t think about the ‘words’ per se, think about what kind of ‘identity’ and status you are presenting. Some can be chill and cool, some can be upbeat and fun. Because the status you play would determine the type of words that can be used. James Bond would not use the same words Jack Sparrow uses when interacting with women. Different women like different kinds of personality, some identities work better for you and some don’t. And some women are turned off by some identities and are charmed by others. So try them out and really figure out your ‘true you’.

If this sounds interesting to you and want someone who will sit down with you one-on-one to guide you for your next date so that you know what kind of things work best in different scenarios, contact CGull today! We offer coaching sessions to help singles find their own personal style so they know how best to approach others in all kinds of situations. Contact us today to improve self-esteem and confidence during dating so that all future dates go better than before.