How you can increase your Attraction Score on Dates 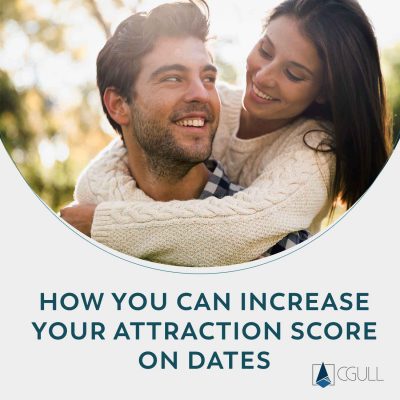 You may have noticed that most people who end up as couples have met before and spent time together. Be it in school, during extracurricular activities, at work and so on. They might have met each other purely due to circumstances, not put any effort into meeting someone new, and necessarily spent significant amounts of life-space with them.

This convenience of unintended regular interaction has given them time for their hearts and minds to be drawn to each other, after the validation that long-term exposure allows.

So, say you have met a girl through any of the above circumstances. You have interacted with her on a regular basis. You have seen her interact with others on a regular basis. You have learnt each other’s coping mechanisms to stress, modes of emotional expressions, general temperament, behavior, likes, dislikes, habits, opinions and so on. Enough fodder for either to get a good enough idea whether both of you are well-suited as a couple.

What has happened between you two is perfectly natural. You have spent enough time with each other to know that the other person is ‘safe’ to hang with. Also, given you have seen each other as harmless members of a social group, you know you can place your trust in each other. This allows you to let your guard down and proceed with building the relationship.

There is a term in Psychology called ‘Propinquity’. It measures the effect of the physical or psychological proximity between people over time. Researchers of Psychology, as part of their experiments, divided a number of students into two groups. Students were tested before and after in order to rate their positive and negative attitudes towards each class member. Members of the same sensitivity training group rated each other higher in the post-tests than they rated members of the other group in both the pre-tests and post-tests, and members of their own group in the pre-tests. The results of the many hours of sensitivity training indicated that increasing the exposure of students in the same group to each other led them to like each other better than before.

So, going by scientific experiments, it is observed that the more time you spend with someone, the higher the Propinquity Score gets. Think of it as a Personal Closeness Score. An Attraction Score. It is very like the ‘Mere-exposure Effect’ which shows that the more familiar you get with something, the more you trust it.

The idea of Propinquity can work only when you frequent a certain location for an extended period of time with the same group or a specific person. The more you frequent social groups as a regular, say at a gym, the higher your Propinquity Score gets with the other people there.

Romance is thus a very normal thing to happen in classes and workplaces. As you spend time with a girl, you can let the romance build automatically without much effort. With the added bonus of making new friends and picking up new skills!

A word of caution here. You must learn to monitor yourself continuously. Because, if you are inappropriate or behave in a negative manner, things can backfire in a really bad way. Not only will people dislike you, but they might also ostracize you altogether.

But we are sure you will not work against what you want to work for. So go ahead.

Increase your Attraction Score with her. Spend regular quality and quantity time together.

If you need help, do not forget to get in touch.