Does Your Personality Determines How Your First Date Goes? 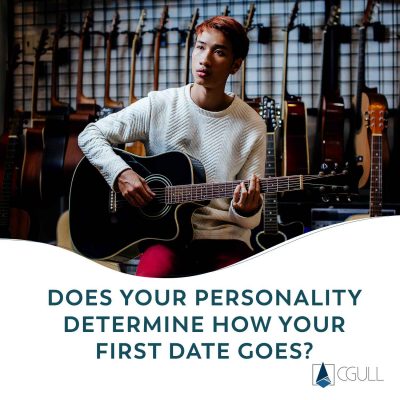 A first date is a critical moment in any relationship. The way you come across during that initial meeting has the power to make or break your chances of going on a second date. A lot of people know that first impressions are important, but what about your personality? How does it affect how your date goes and the way they see you?

A person’s personality affects how they behave and think, which can influence their first date.

Do you know your personality type? Most people have a few different types that they can recognize, but some do not. It is important to figure out what kind of person you are so that your first date goes well.

Some personality types could potentially have better luck with different approaches when it comes to getting noticed by someone new.

Let us take a look at what each of these personality traits is, and how they could affect one’s dating life:

Neuroticism is a personality trait that describes the tendency to experience negative emotions and moods. Neurotic people are often more anxious than others and they tend to perceive stressors as difficult or threatening instead of challenging or stimulating.

They tend to worry about things that will most likely never happen, and they often feel tense when there is no reason for it. Neurotics also have difficulty managing their anger and controlling impulsive behaviors which can lead them to lash out at others without thinking through the consequences of their actions.

Because of the nature of people with this personality trait, they do not tend to do very well in relationships because of how much they overthink and assume things. When you overthink, you might just assume that you are going to have a bad first date, or that something might just go wrong during the date.

This could lead to subconsciously looking for reasons for the date to go bad.

Conscientiousness is a personality trait that can be defined as the tendency to show self-discipline, act dutifully, and aim for achievement. Conscientious individuals are often organized and thorough in their work habits; they like order and routine in life which enables them to meet deadlines while working efficiently.

The researchers also noted that people with higher scores for this personality trait tended to have lower rates of depression and better relationships with others.

Since people with this personality trait tend to do well in relationships, they have a higher possibility of having a successful first date. Their disciplined nature allows for them to be calmer during dates and their ambition could lead to them making their date a successful one.

It can become a little difficult to adjust with people of this personality trait, because of how focused they are, they are unwilling to budge from their mindset.

Agreeable people are cooperative, sympathetic, and kind-hearted – they make connections with others easily. It is a predictor of marital stability and satisfaction after dissolution, as well as work success rates.

People high on this trait tend to avoid conflicts due to their reluctance for confrontation; however, they are not weak or timid individuals overall.

Agreeable people tend to have better relationships because they can cooperate well with others while disagreeable people often come off as rude and unhelpful.

Although, people with this personality type can come off as “too nice” which can be a put-off in some situations as well.

It is a trait reflecting individuals’ readiness for new experiences, curiosity about the unfamiliar, preference for novelty over tradition; willingness to try new things; intellectual interest in ideas and abstractions; appreciation for art, aesthetics, and beauty.

The openness personality trait has been shown to have a positive effect on first dates, with more open people being less likely to be rejected by their date. People with this personality trait are willing to try newer places on their first date, because of their nontraditional nature.

People who are high in openness tend to have positive emotions from their interactions with other people. Being too open could also lead to the opposite person feeling uncomfortable at times, as not everyone shares the same mindset.

Extroversion is a personality trait that defines how you feel about being around people. Those who are extroverted enjoy the company of others and find it energizing, while introverts prefer small amounts of social interaction or none at all.

Extroverts often show more enthusiasm for activities, are more talkative and tend to be assertive. They also have higher levels of positive emotions than introverts do on average. The extroversion personality trait is one of the most commonly seen traits in many people – however, it may affect how they act on first dates.

Extroverts are typically more social and outgoing, which means that they are often more comfortable when meeting new people. This makes their first dates a lot easier, and they do not seem to be as nervous, or worried about how their first date will go.

Understanding what personality trait you fall under could help you better understand yourself and how to manage your first dates accordingly, as you know will better know how to go about it.

Connecting with CGull can help you take your dating game up a notch. We will show you how easy it is to get started with making yourself into someone everyone wants to know better.

With our expert guidance and personalized approach, we will have you standing out from the crowd by being someone who has traits that are desirable on the outside, as well as on the inside. Contact us today if you want some help creating a new persona for yourself.